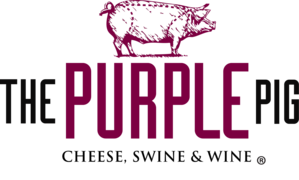 Jimmy Bannos Jr., a fourth-generation restaurateur, was born and raised in Chicago’s Heaven on Seven. Put to work bussing tables for his father at age five, Jimmy learned the trade firsthand while spending days at the family-owned Louisiana-style restaurant. Once realizing he shared his father’s passion for food and the restaurant industry, he decided to attend the College of Culinary Arts at Johnson and Wales University. While there, he worked at the critically acclaimed Al Forno restaurant as well as completed an internship with friend, Chef Emeril Lagasse, at Emeril’s in New Orleans.

After, he embarked on a six-month excursion to Italy where he immersed himself in the culture, food and wine. When he returned to the U.S., he worked in some of New York City’s most acclaimed restaurants, including Chef Mario Batali’s Del Posto, Esca, and Lupa.

Bringing together his love for Italian food, the restaurant business and his family, Jimmy returned to Chicago in 2009 to open The Purple Pig.

Since, Jimmy has been featured in The Wall Street Journal, Food & Wine, Bon Appetit, Wine Spectator, Chicago Tribune, Delta Sky, Time Out Chicago, Eater, and more. He was named a Rising Star Chef by CS magazine in July 2010, selected as one of StarChef’s Rising Star Chefs of Chicago in 2011, one of the 2012 class of Chicago’s 30 Under 30 from Zagat and was included in Food & Wine’s latest cookbook “America’s Greatest New Cooks,” where he was hand-selected to feature the restaurant and his recipes among 11 other emerging chefs from across the country. Jimmy was nominated for the James Beard Foundation Award for Rising Star Chef in 2013 and 2014, winning the prestigious award in 2014.

Most recently, Jimmy opened his latest venture, Piggie Smalls, to much acclaim. His Pork Gyro from Piggie Smalls was named one of the 50 Best Dishes in Chicago from Timeout Magazine. Piggie Smalls was also featured on Chicago's Best, featuring his Chicken Gyro.

Alan has held just about every front of the house position there is in the restaurant industry, starting as a bouncer and barback at the venerable neighborhood bar, Pippin’s Tavern.  From there he’s been a bartender, server, manager and general manager at some of Chicago’s best restaurants.

As a server at Boka, Alan got a taste of fine dining in a chef-driven restaurant and was exposed to his first serious wine list.  Inspired, Alan’s next stop was at Cru Cafe where he worked with a passionate staff of oenophiles and started to seriously study wine.  From there Alan moved on to NoMi at the Park Hyatt Chicago.  Working as a Captain in one of Chicago’s most renowned dining rooms, Alan was introduced to the man who would become his wine mentor, Master Sommelier Fernando Beteta.  Fernando taught Alan how to truly taste wine and encouraged him to seriously study wine, eventually leading him to become a certified sommelier with The Court of Master Sommeliers.  While at NoMi Alan started to take an interest in craft cocktails and saw that as the next step in his development.  Alan took a position as the NoMi lounge and garden manager where he collaborated with industry professionals like Master Mixologist Bridget Albert and Peter Vestinos to develop a progressive cocktail program incorporating house-made shrubs, syrups and infused spirits.

Stepping away from restaurants for a brief time, Alan took yet another opportunity to learn more about wine and the wine making process for a pioneering wine distributor, Tenzing Wine and Spirits.  There, he worked with two other Master Sommeliers, Ken Fredrickson and Douglas Marello.

Restaurants were always his true calling and Alan found a home at The Purple Pig in 2012. Working behind the bar, Alan found the perfect combination of great service, food, wine and cocktails in a warm, energetic environment.  When the opportunity to run the beverage program at The Purple Pig presented itself, it was a dream finally realized.  To him, a sommelier is not someone in an impeccable suit with an air of pretension, but a Master of Ceremonies with a bottle, ensuring that everyone has a good time.

Dubbed the “Prince of Pork” by Dana Cowin (former Food and Wine Editor-in-Chief); Jimmy Jr. brings his love for Mediterranean food to the Windy City in fun, inventive ways – at this rustic sharable plate restaurant, conveniently located on the Magnificent Mile.

Located at 444 North Michigan Avenue, the restaurant offers cheese, swine and wine, among other standout dishes, showcasing the flavors of Italy, Greece and Spain.

Amanda Peters has been active in the Chicago restaurant scene for over 20 years. At the age of 15, she realized that this was her true passion - starting as a cashier at a fast casual restaurant. Amanda's first exposure to the city was with 4-Star Restaurant Group where she worked for a wonderful group of owners that taught her the "city ropes". Driven and motivated to do more, Amanda was given the opportunity to assist in opening an Italian restaurant in Rogers Park called Gruppo Di Amici. In 2005 she became the General Manager and Beverage Director for the neighborhood "gem".

After 8 wonderful years at a place very near and dear to her heart, Amanda decided that she wanted to take her adventure to the next level. She then made her move to the hotel industry. From Marriott to Hilton, she was exposed to much more than restaurant management. This opened doors to Meeting and Event Management in the biggest convention hotel in the city and then served as the Assistant General Manager of all restaurant operations at Hilton's luxury property in Chicago.

When the opportunity arose for her to experience working for one of the best chefs in Chicago, at one of her favorite restaurants, Amanda had to explore it further. Amanda has quickly proven to be the perfect fit in working with Chef Jimmy Bannos Jr., and Director of Operations, Laura Payne as The Director of Catering and events for The Purple Pig group. Helping to grow the catering program has been both exciting and adventurous. She is thrilled to call The Purple Pig her home and looks forward to helping you plan your next event! 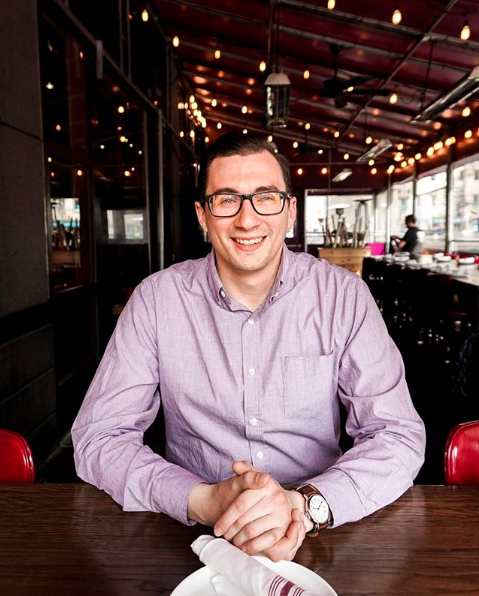 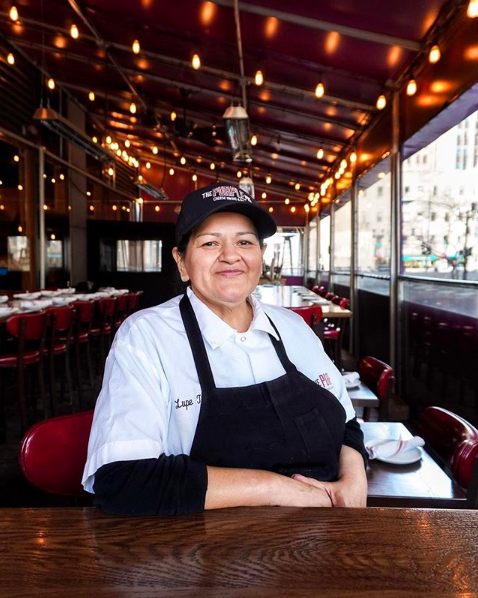 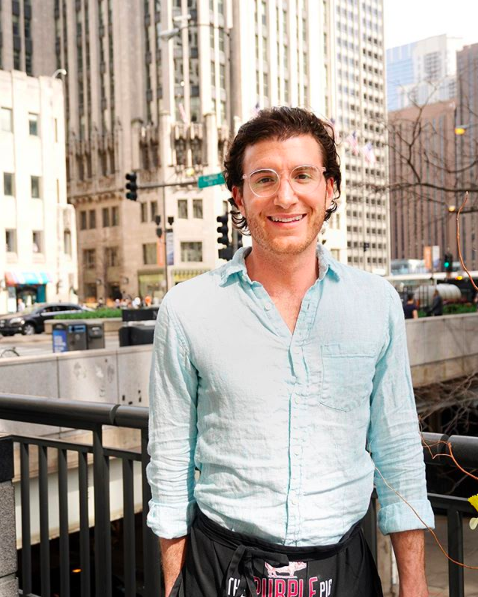 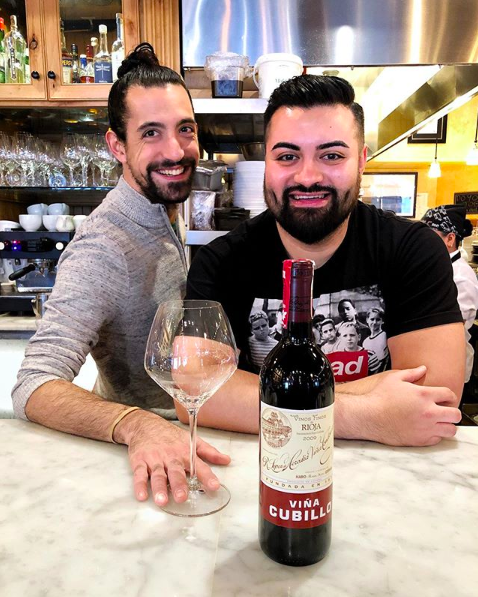 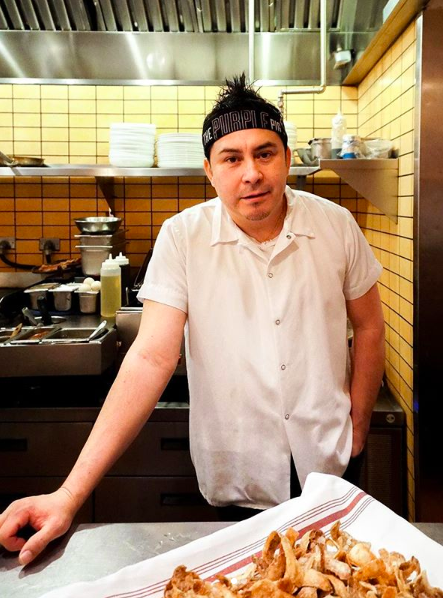 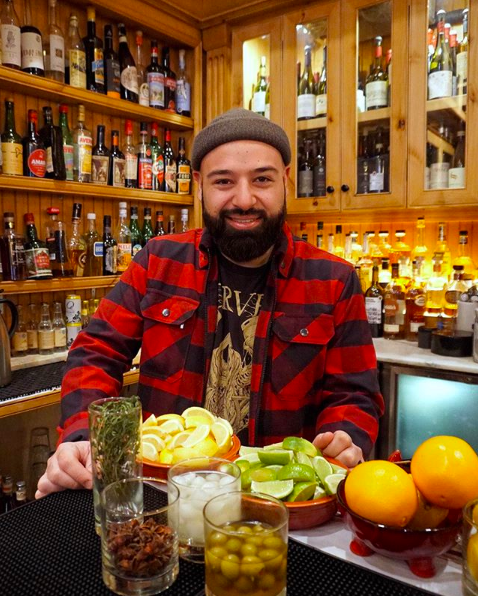 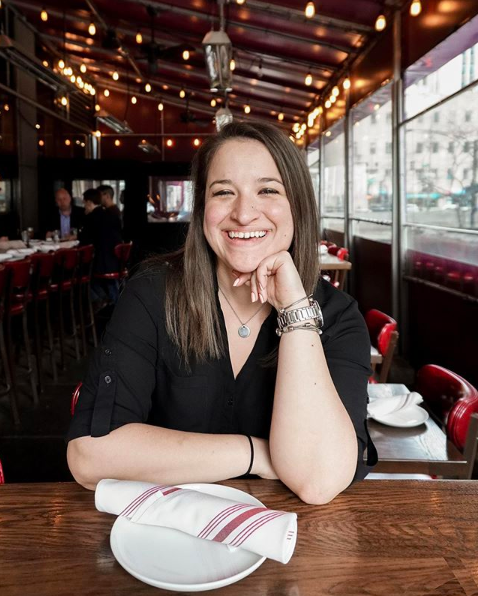 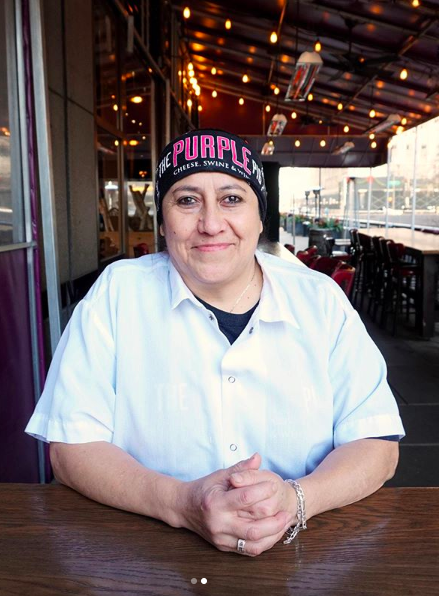